Results of Simulation of Electric Boiler Use Excess Power - title

Objective Function of Simulation:
Operation costs for a thermal-electric unit combined with a thermal-storag
Simulation Duration: 1 day with control steps calculated for every 15 minutes

Results of Simulation of Electric Boiler Use Excess Power - description

A catalogue of scenario-specific optimization approaches and results

As the MPC is considered to run every 15 minutes for a whole year, only two representative days are shown here. For this example the MPC is triggered at midnight and the set-points for the next 96 time steps, i.e., 24 hours are shown. Note that only the current/first control step is sent to the physical model and at the next control step the MPC is re-run again. The coupled simulation of physical and control model is conducted for a full year to account for seasonal changes in heat demand and photovoltaic generation. The results presented here are only open-loop results for one day without any interaction with the physical model. 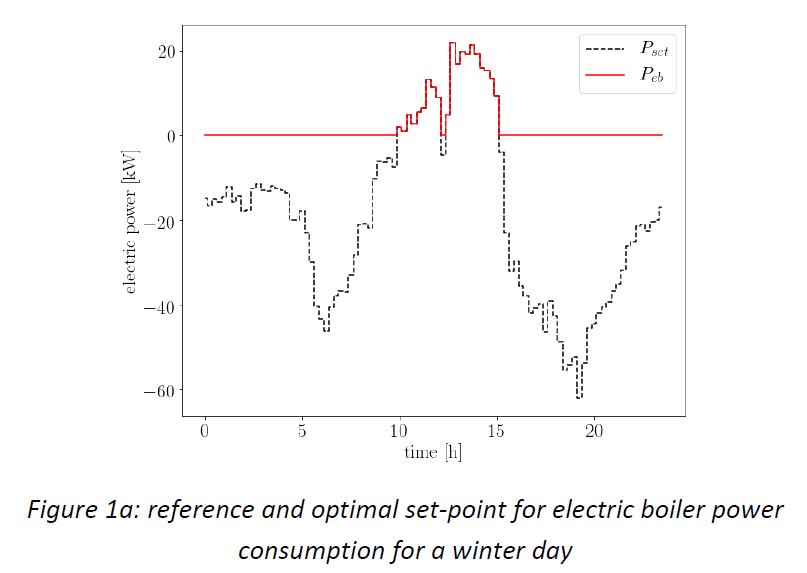 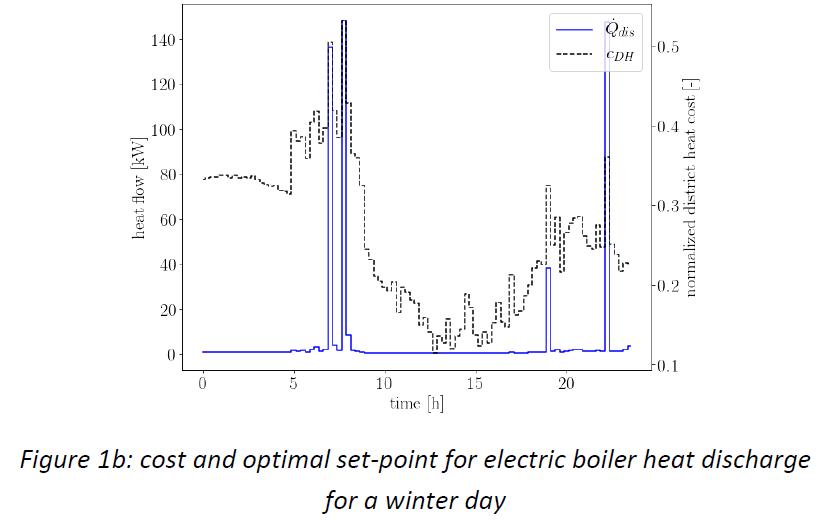 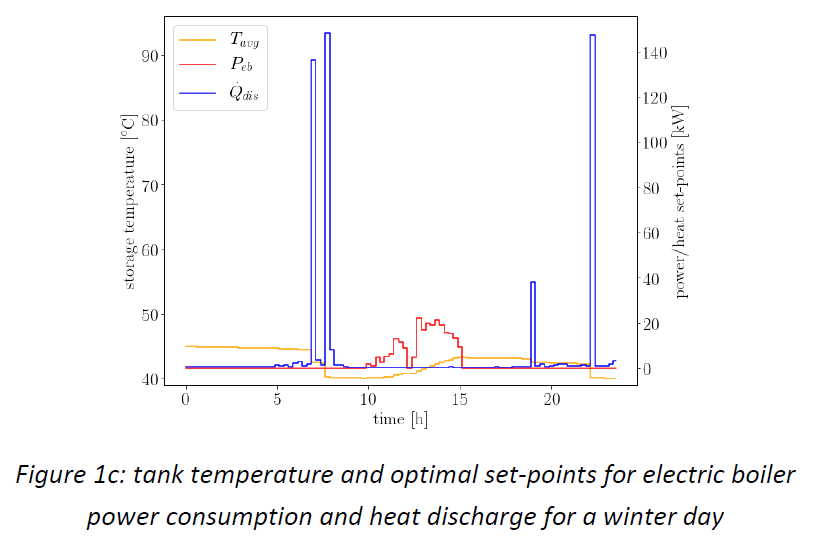 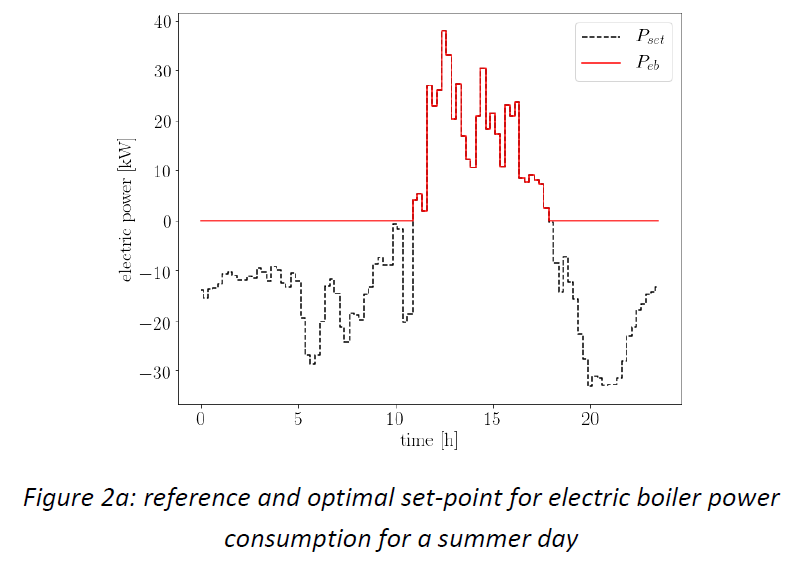 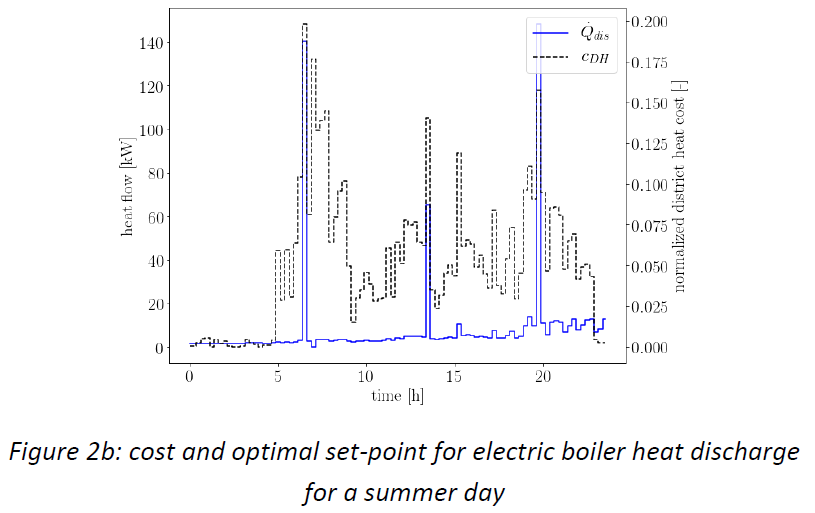 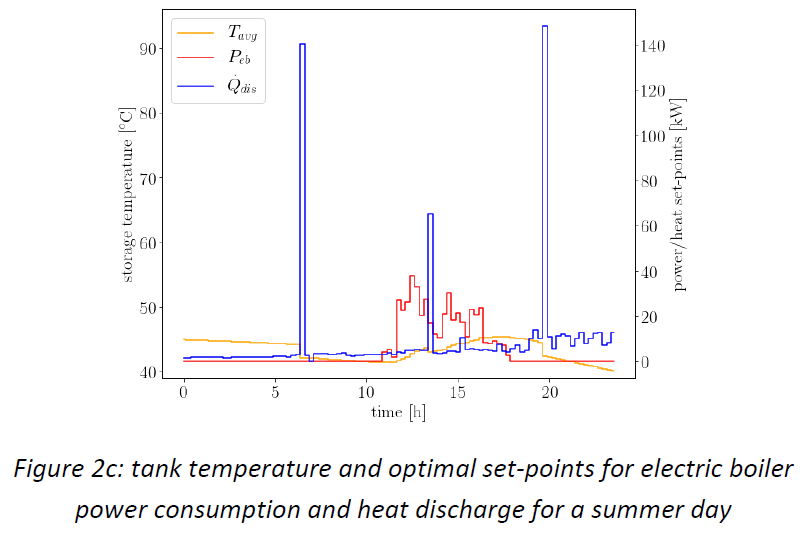