Vito/EnergyVille is a leading independent European research and consulting center developing sustainable technologies in the area of energy, materials, chemistry, health and land use. VITO provides objective research, studies and advice enabling European, national and regional authorities to establish future policies. After 25 years of dedicated research and development activities, this has resulted in an agile operating organization of 750 researchers active in different domains of research as well for economic partners, as for the governments in Belgium and as for European and international agencies. The contribution is visible in the strengthening of the competitive power of the companies and in the scientifically backed government measures for the whole society.

This project will specifically be carried out by the unit of “Sustainable Energy and Built Environment (SEB)”. This unit has over 40 researchers that implement the transition to a more sustainable society. The expertise of this unit lies in the field of energy policy evaluation, energy modelling, energy efficiency, renewable energy, energy transitions, energy behaviour, user acceptance and engagement. VITO-SEB has a long experience in (inter)national research projects and has participated / is participating in a number of ongoing and recently completed EU funded projects (e.g. S3C, ARTS, STRATEGO, STEP-UP, ECODISTR-ICT). Since 2012, the SEB unit is part of the ‘EnergyVille’ collaboration / Joint Venture with the University of Leuven and R&D center imec. 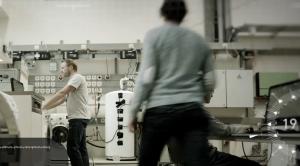 Dr. Pieter Valkering studied Experimental Physics at Utrecht University where he obtained his degree in 1999. From 2000 to early 2013 he was affiliated as a research fellow at Maastricht University – ICIS, an institute that specialises in integrated studies on issues of sustainable development. His research focused on the integrated modelling of river management, which resulted in a PhD thesis in 2009. Additionally, he was involved in several other research projects dealing with water management, urban development, social learning, qualitative modelling, integrated scenario analysis, simulation gaming and transitions. He also taught the course Methods and Tools for Sustainability Assessment. Since 2013 he works as a researcher at VITO, unit Sustainable Energy and Built Environment, where he works on research projects at the interface of sustainable energy and societal transitions, including end user engagement in smart grids, retrofitting and renewable heat.

Dr. Erik Laes is a chemical engineer and holds additional degrees in philosophy and environmental sciences. In 2006, he obtained a PhD in engineering sciences. The topic was the role of nuclear energy in a sustainable energy supply, focusing on governance and the use of participative technology assessment methodologies as a decision support. In July 2009, he joined VITO in the unit Sustainable Energy and Built Environment where he is currently involved in projects concerning scenario analysis, sustainability evaluation of energy technology, transition management and smart grids/smart energy users.

Frank Meinke-Hubeny has a multi-disciplinary background in Urban Planning and Environmental Economics. In 2015 he joined the Flemish Institute for Technological Research (VITO) as a researcher in the Smart Energy and Built Environment unit. After finishing his first master’s degree from the Leibniz University Hannover, Germany, he worked as an urban planning consultant in the USA for over 10 years. Relocating to Belgium he decided to gain a second master’s degree in economics from the University of Maastricht, Netherlands, where he specialized on (EU) policy evaluation in the field of climate action and energy policies. At VITO he focuses on long-term energy scenario models for energy intensive industries and European funded projects in the sustainable energy domain. Recent projects include the multi-level heating and cooling project STRATEGO, the energy storage mapping and planning study ESTMAP and a model based analysis regarding global resource efficient steel production.

Jan Duerinck has a degree in economic sciences and is a civil engineer candidate. He has been working for VITO since 1997 and is project manager for projects related to energy consumption and production and air pollution abatement scenarios. His expertise is quantitative economic analysis (econometric techniques, macro-economic model building) and modelling (energy models and models for emission reduction cost optimisation).

TIMES model: VITO has been active in the International Energy Agency’s ETSAP community (where MARKAL was created) since VITO was founded in 1992. VITO has contributed to the improvement of the source code in MARKAL and TIMES as well as to the development of the technical sheets. Vito presents research results on a regular basis in ETSAP workshops and IEW conferences (Stanford 2011, Paris 2013, Beijing 2015),

All infrastructure for the execution of the work (desks, computers etc) will be foreseen by VITO for VITO employees. In case of external meetings, VITO will arrange appropriate meeting rooms in Brussels or at other venues where needed.