The Center for Electric Power and Energy (CEE) is a part of Department of Electrical Engineering at Technical University of Denmark, which is one of the highest ranking technical universities in Europe characterised by a strong position within energy research (2,000 researchers) and excellence in collaboration with industry (raked no. 4 in the world). CEE carries out research, education and innovation in future energy systems at all scales from components to system level, and CEE operates the world-class experimental facilities, PowerLabDK. CEE is known as one of Europe’s leading university groups within its field with cutting-edge R&D activities and approx. 100 employees. CEE’s main technical competences cover energy technology, electric power engineering, automation, information technology and stochastic methods. CEE runs a large number of collaboration projects with industry focusing on smart grids, electric vehicles, flexibility from buildings and multi-carrier energy. CEE has a highly professional project organization. Supported by DTU’s administrative units and IT-platforms CEE successfully operates large complex integrated research and demonstration projects with budgets up to €20M. CEE hosts the secretariat of The Danish Partnership for Smart Energy Networks (electricity, heating, cooling and gas). 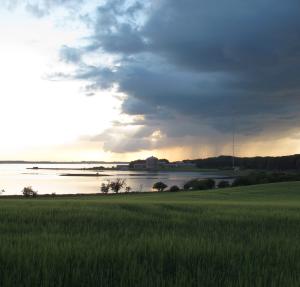 Dr. Oliver Gehrke received the Dipl.-Ing. degree in Electrical Power Engineering from Darmstadt University of Technology, Germany, in 2003 and the PhD degree from the Technical University of Denmark in 2009. He has been employed at Risø National Laboratory (later incorporated into the Technical University of Denmark) since 2003, as a Research Assistant (2003), PhD student (2005), Scientist (2009) and Senior Researcher (2015). During his time at Risø, he developed the multi-domain simulation tool IPSYS and has been one of the main driving forces behind the development of the SYSLAB smart energy laboratory. Dr. Gehrke's research interests focus on information technology applications to energy systems, including system automation, distributed and embedded control. He has extensive experience with laboratory-based experimental research and the modelling and simulation of smart energy systems with embedded control.

Dr. Kai Heussen received his Dipl. Ing in Engineering Cybernetics in 2007 from University of Stuttgart, Germany. He is currently employed as an assistant professor at the Technical University of Denmark, where he also obtained the Ph.D. degree on control architecture modelling for future power systems. His current research focuses on the design of heterarchical and seroriented control architectures for the distributed control of power systems, with special attention to functional modelling and decision support for automation design.

Dr. Anna Magdalena Kosek received her ﬁrst M.Sc. in Mathematics with specialisation in Computer Science at Catholic University of Lublin, Poland in 2006. She received her second M.Sc. degree in Advanced Software Engineering in 2007, from the School of Computing at Edinburgh Napier University, Scotland. In 2011 she completed her Ph.D. in Computer Science, an outcome of cooperation between Edinburgh Napier University, Scotland, and NXP Semiconductors, The Netherlands. In 2011 she joined Technical University of Denmark, and is currently employed as a Research Scientist at the Energy System Operation and Management group. Miss Kosek is working with smart grid software architecture, home automation, co-simulation, data analysis and anomaly detection.

Thibaut Richert received his M.Sc. in sustainable energy from the Technical University of Denmark. His M.Sc. thesis focused on modelling the Scandinavial power market in collaboration with the Danish ministry of Climate Energy and Buildings. He is currently employed as a PhD student at the Energy System Operation and Management group, focussing on multi-carrier energy system modelling (electricity, heat and gas), aggregation and control.