The AIT Austrian Institute of Technology, Austria's largest non-university research organization with more than 1000 employees is taking a leading position in the Austrian innovation system in the areas of Energy, Mobility, Health & Environment as well as Safety & Security. The Energy Department favours a holistic approach to the environmentally friendly electricity supply, heating and climate control of the buildings and cities of tomorrow. Using sophisticated measurement technology and innovative simulation tools, its interdisciplinary 150 full-time researchers combine decentralised energy producers, efficient distribution networks and smart buildings with efficient heating and cooling technologies to form a single, sustainable energy system. AIT Energy has more than 20 years of experience in managing and participating in large-scale national and international R&D projects.

For the project at hand AIT brings significant knowledge in modelling and simulation of thermal and electric storage systems as well as co-simulation approaches into the consortium. Much of the Know-How is based on and supplemented by the active development and analysis of heat pumps, solar thermal collectors, thermal storages, electrochemical storage systems and power electronics on both component and system level. With that AIT is giving visible added value to the project, since it offers expertise in all engineering domains relevant for hybrid thermal-electrical energy systems both on the component as well as the system level. 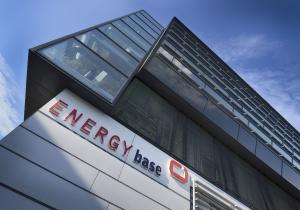 Advanced power system experiment and verification methods available at the lab include real-time (RT) P-HIL simulation combining close-to-reality hardware system tests with the advantages of numerical simulation to allow for the integration of battery models into the laboratory analysis. By means of a controllable AC voltage source distribution network models can be coupled to the real components to develop, validate and evaluate control algorithms, system concepts and components for Smart Grid applications.

The laboratory setup is supplemented with extensive infrastructure for simulation-based analysis and design of electrical systems. Apart from access to state-of-the-art simulation tools for electrical energy systems (and other related engineering domains) the SmartEST lab provides a high performance computer cluster for advanced simulation studies. This allows the study of integrated energy concepts at the system level, while at the same time giving the possibility to analyse such approaches with a high level of technical detail.

The following infrastructure is available in the SmartEST lab: