Simulation description: the battary is simulated with a given power setpoint profile, to test the charging and discharging process. In reality, the battery is connected with a battery controller to set this setpoint.

D4-1 Definition of a minimal set of component models.pdf

An equivalent circuit model of a battery, including a sensor that measures the power and voltage of the battery. The battery is modelled as an equivalent circuit with OCV lookup table and four impedances connected in series. Since one single battery as defined in the model is usually not enough to provide the required power, a pack typically consists of several identical batteries connected in series.

This model is a simplified prototype of the battery system for model validation and harmonization. The influence of SOH and temperature will be integrated at a later time into the model. 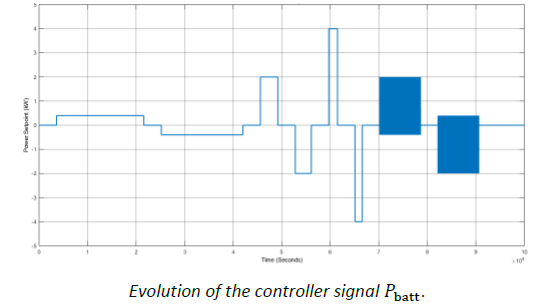 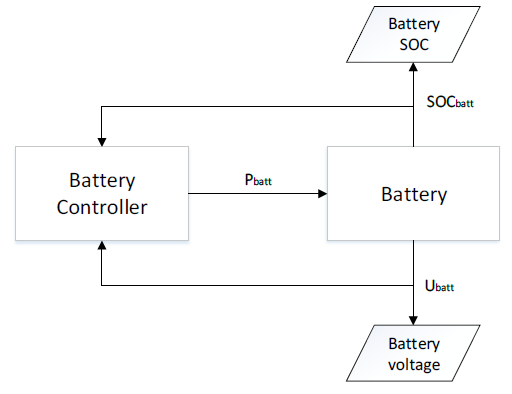 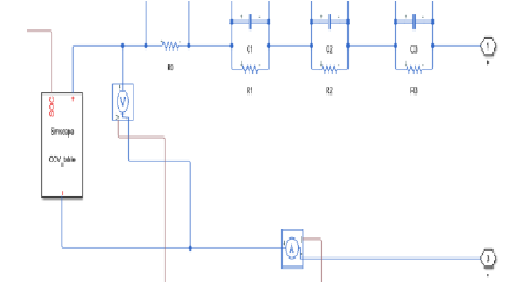